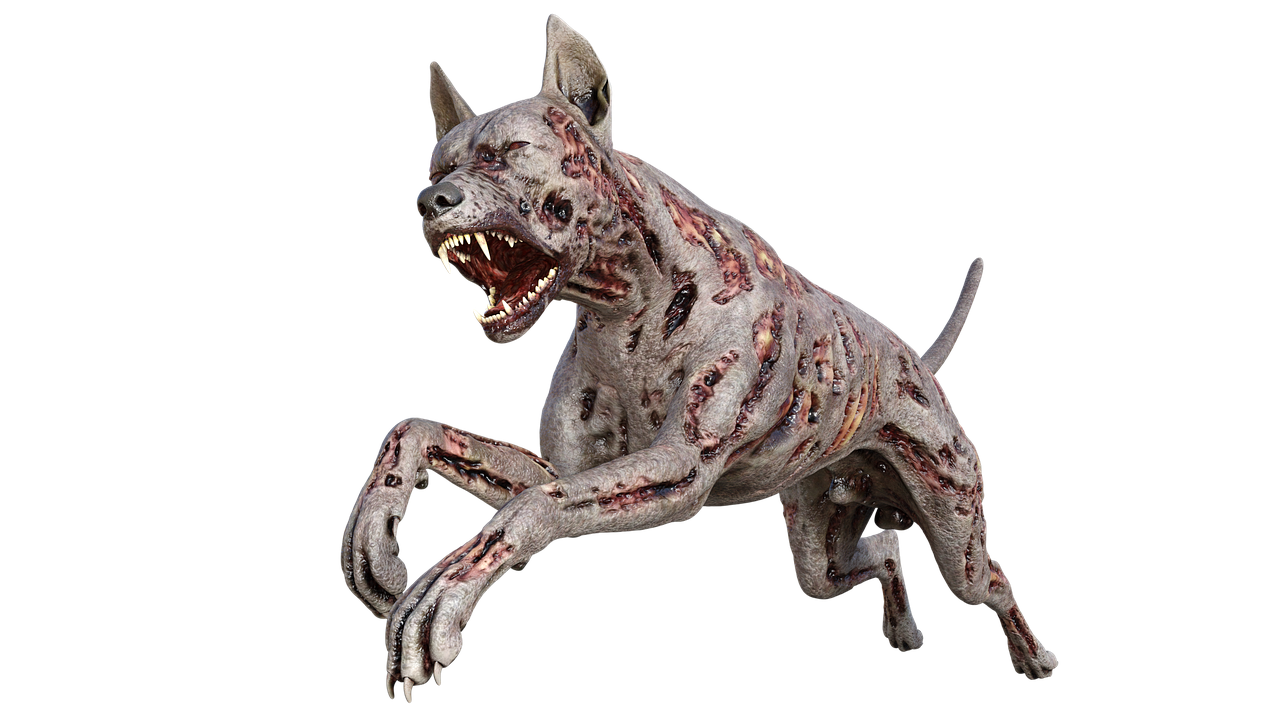 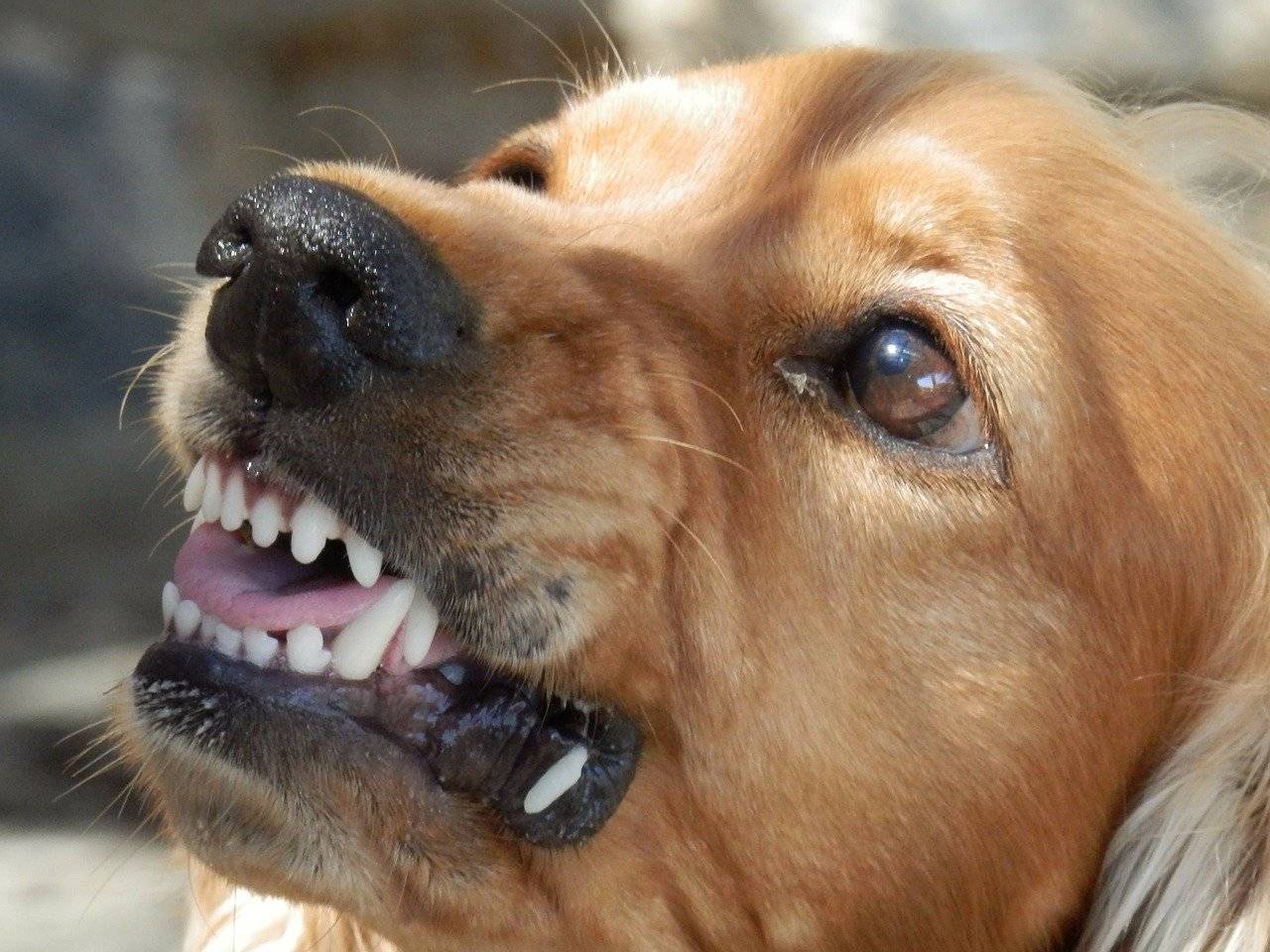 By: Zeddicus “The Dog Prodigy” King

If your dog has a dark, evil, or even a psycho side, this article will expose every red flag you can imagine.

Experts refer to these dogs as “Ticking Time Bombs,” “Loaded Guns,” or “Red Zone” cases. Regardless of the category you choose to label them, you’ll agree that they need some serious help.

In other words, if your dog shows any of these signs, you will NOT be able to get him trained or rehabilitated by hiring just any dog trainer. In fact, most trainers and dog schools would refuse your case. Even worse, the majority will tell you there is no hope, or to get rid of your dog.

And if you make the mistake of taking such dog to some weekly obedience class, he’d thank you for bringing him to a canine buffet. As he’s licking his mouth and rubbing his paws, the thoughts crossing his mind would be, “Wow. All-I-can-eat people with their doggies for eight weeks straight!

Who can beat that? Once I’m done, I’ll floss with that wiener dog that won’t stop his annoying barking.”

Okay. Let’s get right to it. Here are the-

10 Warning Signs that You Should Worry About!

Viciously Lunges at Dogs or People

Does your dog show aggression towards other dogs or people and absolutely nothing you say or do seems to get his attention? Does he sometimes go as far as correcting and biting YOU in the process?

These are the dogs that once they find themselves in the zone, block out everything and don’t even care for anyone’s safety. They are totally fixated on someone, another dog, a cat, kids playing, or it could be a cute squirrel.

As an act of defiance, you may see your dog bite the leash or your clothes and won’t let go.

How about taking it one step further by tugging backward in an attempt to really get the leash out of your grip or stand up on his hind legs to bite your hand? To intimidate you even more, you may see him growl and snap at you.

Folks, this is not a tug-of-war game and your dog knows it very well! In a way, he’s telling you, “NO! You let go of the leash, human!” Or, “I can walk myself just fine. Just let me go!”

Attacks When You Get Near His Food, Bone or Toy

Every time you get close to your dog while he’s eating or chewing on something, does he tense up, pause, or growl? Look for a curled lip, a stomp, or a crouching position.

In a sudden move, he may even lunge and block his dish with his head so you keep your distance. Some of these dogs growl the entire time they’re gobbling down their food.

Unless you want to lose a finger, don’t try anything brave or sneaky on your own. This indicates that your dog doesn’t fully trust or respect you.

This is worth repeating: Your dog needs to trust and respect you and never ever challenge you!

Some of these dogs hide or run away after they steal something and when you finally catch up with them, they lunge to really bite you. Again, a dog that sees you as its leader would never dare to behave this way and would leave your funky underwear alone!

Growls or Actually BITES When You Move or Restrain Him

The dog is just relaxing and you try move him, grab him by the collar, or attempt to pick him up, does he snap or growl at you? Sometimes you could simply be trying to move him off your bed, off the couch, or just off your lap—and that’s when he loses it.

Here’s how some of my clients described it: Kevin, all I did was accidently bump into him, and that’s when he lunged and bit me.

How about when your dog is sound asleep and you try to wake him up, does he full-on charge at you? “How dare you disturb me? You moron! Can’t you see that I was sleeping like a baby?” is basically how your dog’s trying to make his point.

This usually happens to those of you who have a ridiculously spoiled dog. Admit it. Your dog is allowed everywhere! He takes naps on your couch, on your bed, and even on your lap.

So in a way, he is gradually taking over and actually sees himself as your equal. (This is what you get when you are tooooooo nice!)

Shows Teeth or Snaps at You Every Time You Correct Him

When your dog can’t get his way, does he charge at you or bite at the air? Sometimes this goes far beyond the curled lip or a growl, and you actually hear the sound of those lovely teeth snapping shut.

Do I really need to spell it out for you? Folks, the only reason a dog would snap at you to this degree is to scare, challenge or to dominate you. How else would YOU define it?

Don’t forget that dogs are much faster than you think and rarely miss. After all, they can catch a fly in midair. Bottom line, each snap was a warning for you to back off, or the next time those canines will dig in and cause some serious damage.

Is Very Unpredictable Around Dogs, Kids, or Your Guests

Does your dog have a favorite person or pet to pick on by attacking whenever he wants? To be exact, are you walking on eggshells with your dog because you are not sure of his unpredictable nature?

Believe it or not, this, in your dog’s mind, is pure power. Here’s how he perceives it, “I am one unpredictable Cujo and everyone knows NOT to mess with me. Just watch how everyone tiptoes around me. I love this! GRRR.

Gets in the Middle of Your Arguments OR Affections

Every time you are engaged in an argument, does your dog start barking, growling, charging, mouthing, or pacing back and forth? How about jumping up trying to nudge at you or the person with whom you are arguing? The other individual could be your spouse, boyfriend, girlfriend, a friend, or one of your kids. But the dog always barges through and tries to control the whole situation.

It gets worse. Some of these dogs don’t even let you hug or show each other any form of affection. They honestly think that they own you and push their way through and jump, nip, whine, or bark nonstop, so you will stay away from one another.

Sorry, but this isn’t cute or funny and a clear sign of weak or zero leadership on your part. It’s simple. The dog is trying to wear the pants in the house and wants everyone else in their speedos.

Has your dog graduated from little bites to major bites that actually break the skin? Face it; aren’t these attacks usually premeditated and have a clear message behind them?

In case you are still confused, the dog is trying to tell you, “Nobody seems to care for my wussy bites anymore. It’s time to step it up a notch and show them what I’m REALLY made of.”

This is one of those bites that is triggered every time you reprimand your dog, or if you are in the middle of stopping him from going after another dog, a stranger, or even a child.

Sometimes it could be as minor as you reaching down to kiss your dog on the forehead and all of sudden, you find yourself getting stitches in the nearest emergency room.

You see, from your perspective, it was just an innocent kiss. But from your dog’s point of view, he saw you getting in his face as a direct challenge! Perhaps you tried to stop him from stealing food off the counter, taking an object, his favorite toy, or a bone from him.

Some of these dogs lose it when you are just playing with them. Think about it; even though it is just a game, he doesn’t see it that way and gets intense in a matter of seconds. Whether it is in the middle of roughhousing, playing fetch or a tug-of-war game, he HAS to win every time, or else you’ll walk away with serious cuts, bruises and a broken spirit.

Whenever They See or Hear Another Dog,
They Decide to Attack Each Other

If there were no other dog in this world, everything would’ve been just perfect. But let’s face it; that’s not reality. So once you decide to walk your whole pack, and one spots any dog… all hell breaks loose. This is because they notice that despite their many attempts they can’t possibly get to the other dog; so instead, they’ll attack one another.

Some of these dogs get in small fights behind the fence. All it takes is a dog passing by, sniffing their fence, or barking, and it’s on, brother. I can imagine the doggie conversation going something like this: “Let me attack it!”;

Saved the Worst-of-the-Worst For Last!!!

Once He Bites, He Shakes You (or Someone Else) Like a Rag Doll

When your dog finally bites, regardless of how much or how loud you scream trying to pull a dog, a cat, or even your hand out of its jaw, not only does he ignore you, but he even tugs backward, shaking your hand like a rag doll. Ouch! Some do it “Mafia style” and when they bite, it’s fast, all over, up and down, side-to-side, leaving you with plenty of puncture wounds. Yes, like a machine gun.

Folks, the dog is literally trying to maul you or the other dog. Can’t you see that? These are the bites that always require major medical attention. And most of the scars from these bites rarely go away.

Any sensible expert will agree that these dogs never change for the better on their own. In fact, they always get worse. Without some sort of doggie intervention, they will continue behaving like a psycho dog. That is just the cold hard fact!

Look at it this way. Would any of YOUR bad habits go away on their own? I think I’ve made my point!

Now, don’t panic, don’t get rid of your dog, and definitely DO NOT lose hope!

But be warned. It is very unlikely that you can magically train or rehabilitate a red-zone dog all by yourself. Trust me; it takes far more than common sense and a positive attitude. After all, I am referring to “the worst-of-the-worst” cases that even top experts struggle with.

Unless you hire a true pro who specializes in dominance and canine aggression, these warning signs will never go away. You, my friend, need professional help RIGHT NOW! It’s obvious that it has gone far beyond the “obedience factor.”

Whatever you do, just make SURE you find someone who gladly accepts aggressive cases on a regular basis. And he/she better be one of the best in the field. Because…

Ultimately, it takes the best and brightest to train or rehabilitate the worst of the worst.